5 Career Insights from Learning to Snowboard

What a newbie learned by falling down the mountain 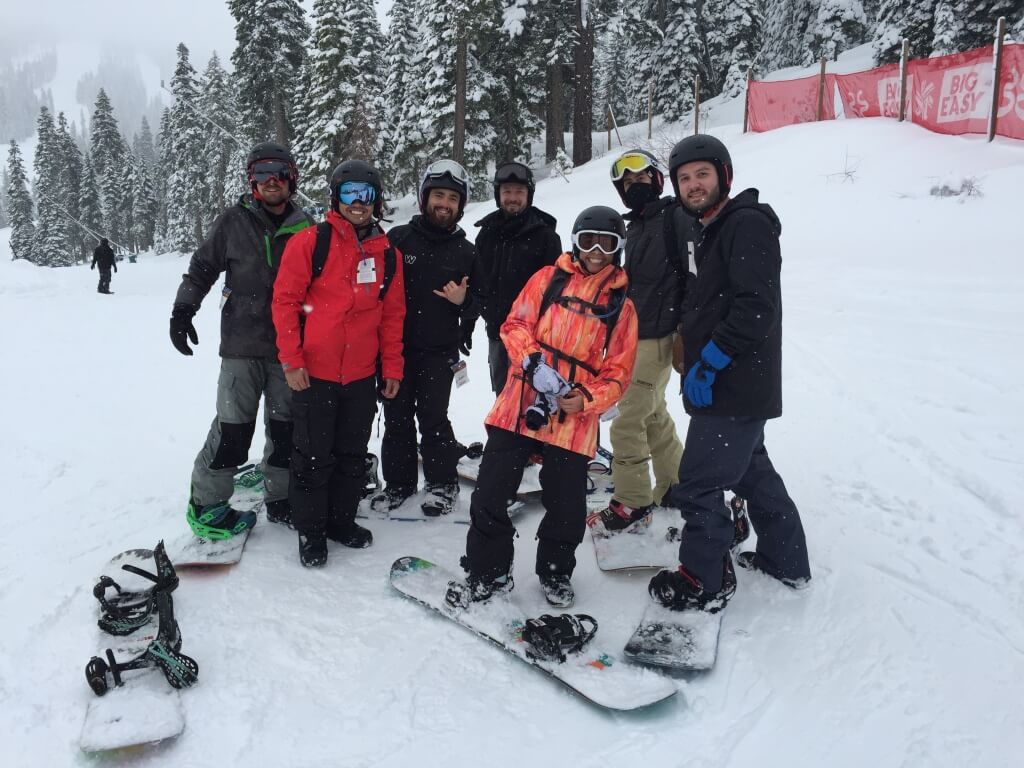 New friends and first-time snowboarders at the Montues event in Tahoe.

I’ve just returned from the stunning mountains of Tahoe where I was lucky enough to participate in the first ever Epicurrence Montues event. Epicurrence is a design non-conference by Dann Petty aimed at getting creative folks out of their offices and into inspiring situations in nature.

For this particular event, skiing and snowboarding were to be the activities filling our days. Initially, I approached the event with some hesitation, as I am nearing my thirties and have somehow circumvented ever taking part in either activity to this point.

Through asking around and having open conversations, I quickly realized that many others were first-timers as well. We all agreed to come together in support of one another in this new endeavor.

The first day on the mountain, a group of us met early and strapped into our unfamiliar boards. It snowed continuously on that first day and what unfolded next was truly a beautiful thing to witness. New friends were quickly made as we tumbled and fell together into the powdered snow. We gave one another tips and learned together, all the while sharing smiles and words of encouragement through the bigger wipeouts.

Since that first day in the powder with my fellow newbies, I’ve gotten to thinking about how much these new experiences relate to the everyday struggles and situations of one’s career growth.

Growth comes through allowing yourself to be uncomfortable and vulnerable in new situations. Especially real and memorable experiences can unfold when this sentiment is felt across a large group.

Growth comes through allowing yourself to be uncomfortable and vulnerable in new situations.

To get more comfortable or gain new skills, I believe that a few of the same principles I embraced in my first snowboarding trip can be applied and will result in great experiences. I’ve compiled a few of these tips here to apply outside of snowboarding in my career as a growing Product Designer.

1. Look in the direction you want to go.

When you first strap into a snowboard and begin unnaturally sliding down a mountain, your instincts are to look straight down at your feet. Your mind attempts to will the board under its control whilst your direction continues at random, generally leading to an abrupt crash. 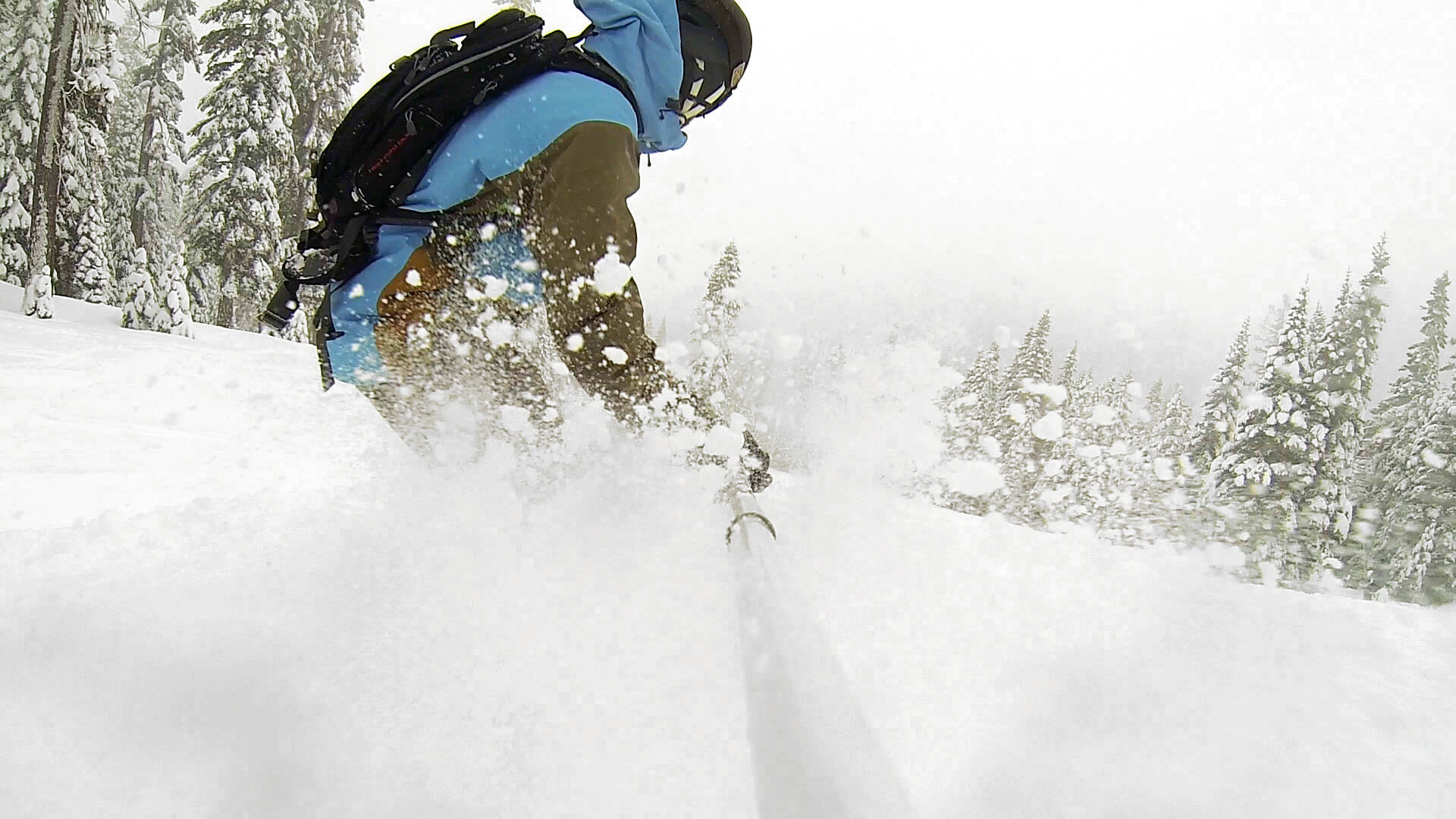 It’s interesting how our mind seeks control by looking down at the source of movement. I liken this to focusing on the details of a problem while concurrently missing out on the bigger picture. Without intent in your direction, you won’t get anywhere that you’re intending to go.

Without intent in your direction, you won’t get anywhere that you’re intending to go.

As a new snowboarder, I quickly realized that I needed to look up and out instead of at my feet. Once I approached my direction in this way, my run-ins with others and the stubbornly immovable trees ended.

Simply pointing with conviction and looking outward in the direction you intend to travel allows your body to make natural micro-adjustments necessary to get you there.

The same holds true with your career goals. Define your direction and head there publically and with confidence. You may have your career goals internalized, but they could still never be realized until you’ve pointed directly at them.

When snowboarding for the first time, everything just feels wrong. You’re sliding out of control down a massive, slippery hill and the only way you know how to stop this is to crash and burn.

The trick I realized at this stage was to fake it. Feel it. You’ve witnessed how it looks to be in control and successful, so emulate this mindset and allow yourself to naturally adjust to the flow of things.

You’ve witnessed how it looks to be in control and successful, so emulate this mindset and allow yourself to naturally adjust to the flow of things.

Once I began to emulate confidence on my snowboard, I had my first complete run down the “Big Easy” starter run without faltering at all! I even slid into the staging area and stopped without losing my ground. A big win on my first day.

The same can be true in your career. You never know how to completely do a new task until you say “yes” and figure that shit out. Move forward into the unknown with confidence and allow the solutions to come.

3. Surround yourself folks better than you.

There’s no better way to set yourself up for massive growth than intentionally placing yourself in a situation where you’re way out of your league. Humans are sponges, especially in unfamiliar circumstances where the return on investment is high.

I learned more quickly than ever on my little rental snowboard after asking some of the more seasoned event goers their tip and tricks. Our first-timer group received some great instructions from an advanced rider and were able to grow in bounds on our next run. 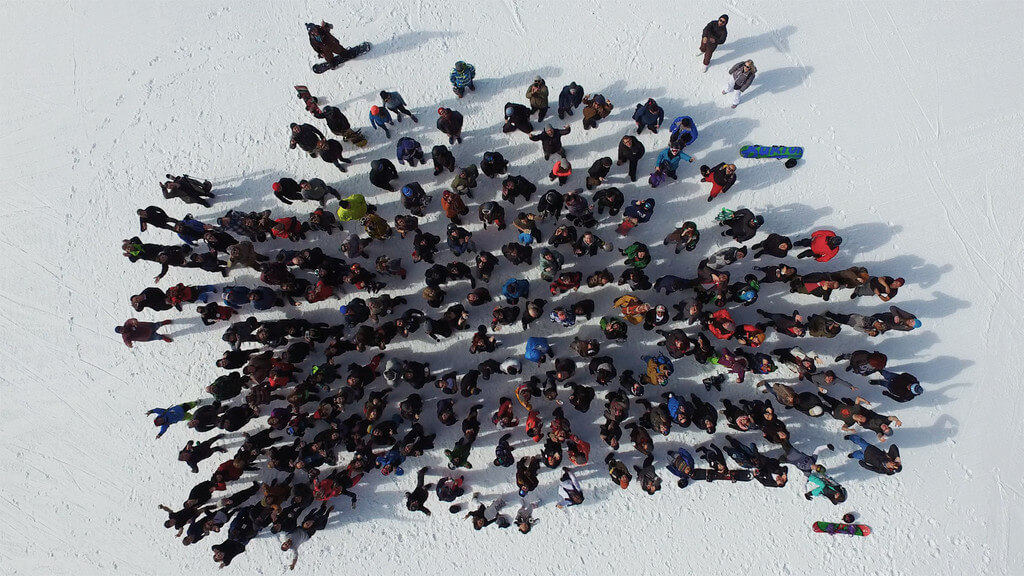 The epic people of Epicurrence. Image by David Carillo.

You will always uncover like interests and discover new friends when you put yourself out there. Folks have been where you are in your career—ask them how they got there. What do they recommend you do next? Where do they draw inspiration or learn from? What was one tip they got that helped them to excel?

Folks have been where you are in your career — ask them how they got there.

4. Get up more times than you fall.

We’re all destined to fall or seemingly fail when trying out something new. Realize going into it that such is life. Failing is how we learn and adapt. Failing is good. The best and brightest people have failed more times than most people. The only difference is that they stood up and continued to forge ahead, applying their learning.

Snowboarding left me sorer than I’ve been since I can remember. But I wouldn’t trade these bruises for anything, as they come with an entirely new skill set and a new outlet for adventure and fun.

So fall. Then take a deep breathe and grow using your faults as a lesson. Now you’ve learned one more way to not do it right. Iterate.

5. Move up the mountain before you’re ready.

This relates to the previous point of surrounding yourself with more talented people than yourself, but manifests on a more personal level. Fear can be a powerful thing, especially when you’re outside of your comfort zone and trying a new thing.

It’s important to realize that you’ve already decided to try the new thing. You’re there. You’re in the snow pants with the boots and other snow garb required to do this thing. Each opportunity in life is unique, so you may as well forge ahead — go all-in on the experience at-hand. 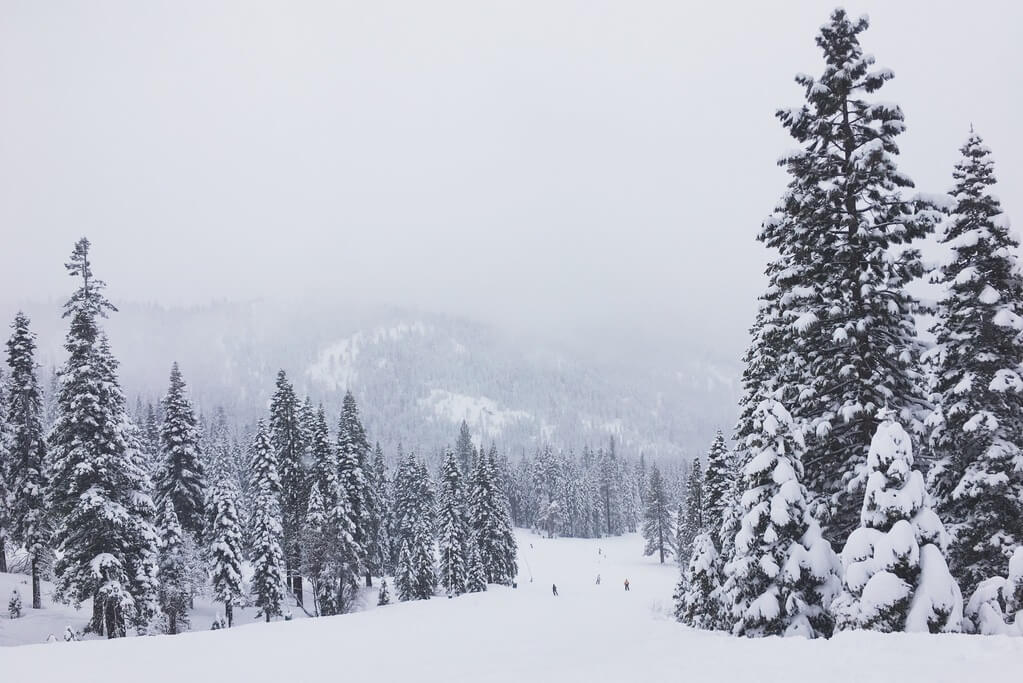 Snowy day on the mountain. Image by David Carillo.

You may even realize that the bigger problems are easier to surmount than the small one’s you’ve been chipping away at. There’s usually more room to play around on a bigger projects and much more room for forgiveness when you do make a mistake. So, get up those big lifts sooner rather than later in life and on the slopes. You’re just psyching yourself out by putting it off too long. Be bold.

Get up those big lifts sooner rather than later in life. You’re just psyching yourself out by putting it off too long. Be bold.